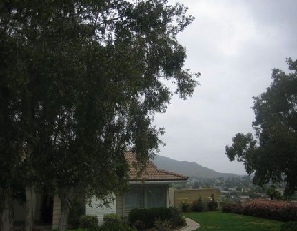 Del Cerro is a small, upscale community of 2,300 residents in the eastern part of San Diego. It is located right next to Lake Murray and the San Diego State University (SDSU). Surrounding communities include:

Median home prices in Del Cerro hover around half a million dollars, which works out to an average price per square foot of $215. Housing prices have been rising in the last year, with a $19,000 average increase per home year over year.

Nearby SDSU is the largest and oldest university in the region, dating back to 1897 and boasting an enrollment of over 30,000 students. Over 80 percent of graduates remain in the San Diego area, making SDSU a primary resource for local employers. SDSU has top scores for racial/ethnic diversity. It is a designated Research University with ties to the Carnegie Foundation.

The western end of Mission Trails Regional Park can be easily accessed from Del Cerro. The park is composed of 5,800 acres of open-air preserve, and is the largest municipally-owned park in the state. The park is very attractive to tourists and locals alike, and has many features, including:

There are several annual events that punctuate the wealthy lifestyles of Del Cerro residents.